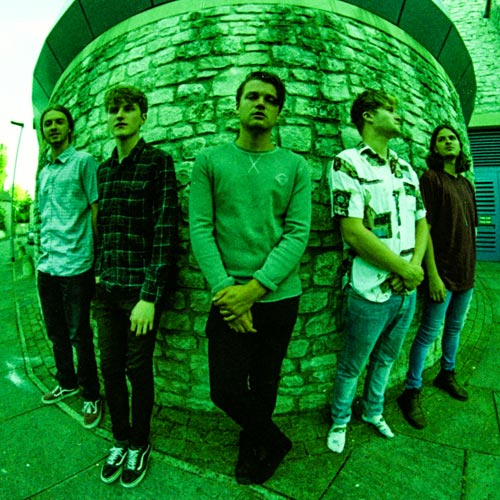 Relentless live performances since the summer of 2013 have helped Good Foxy become a must-see live band. It is in this domain where they have honed their musicianship and swiftly built-up a dedicated legion of fans, becoming an unpredictable and animated live act. Their debut album itself sprang from the momentum of their live shows and a Kickstarter appeal was launched to help fund the record – the target smashed with something to spare.

Their story is getting out, leading to some spectacular support slots over the last couple of years. A notable highlight, supporting rock n roll legends Status Quo at Houghton Tower in front of 9,000 people. They have also been hand selected to support From The Jam, The Doors Alive and recently opened the main stage at the Great British Alternative Festival, on a bill that included Buzzcocks, The Fall, The Damned and The Selecter. Also playing a cornucopia of festivals… Beatherder, Cloudspotting, Ynot, Kendal Calling, The Great Escape, Burnley Blues Festival and The Great British Rhythm and Blues Festival (Colne), the diversity of festivals reveal how audiences are embracing the character of Good Foxy’s music across the board.

Good Foxy had initially formed from the ashes of George Banks and Callum Sykora’s first band, New Natives. When things sizzled out with the young outfit, and whilst at college, they met up with “the best guitarist they had ever seen”… Henry Crabtree. With the addition of Elliott Dryden, an accomplished recording engineer and producer on Bass and Leeds music College alumni, Jasper Green on keyboards the cast was complete.
Before you knew it the lads were touring all over the country, at the tender age of 17 years old… the sounds of Led Zeppelin, Cream, Tame Impala, Jeff Buckley, The Meters and many other influential artists in their heads, Good Foxy began to make the type of music that exceeded their years: A classic sound drawing on diverse and eclectic influences…familiar, yet fresh and innovative.

With a new album due early this year the future looks bright for the ever formidable Good Foxy.