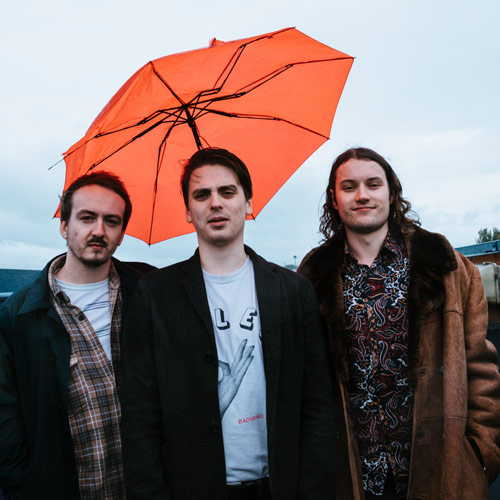 2. Call of the Abyss

Tinfoils are a three-piece garage-punk band based in Manchester, whose frantic brand of no frills, DIY guitar-driven music rages against the private security companies who police the streets of Britain, the royalist media machine, and youth debt – as well as having the odd song about thrush.

Since taking to the stage in early 2018 the band have headlined a number of sell-out hometown shows, as well as a string of gigs and festivals across the North of England, with highlights including supporting bands such as The Blinders, SHEAFS and The Mysterines, and checking off some of Manchester’s most prestigious live music venues. The band recently released their latest single ‘Call of the Abyss‘ on their own label, Foilwrapped Records, along with a sell-out launch party gig.

Born in Yorkshire but made in Manchester, Tinfoils are predominantly influenced by contemporary bands such as IDLES, Sleaford Mods, Thee Oh Sees, and Cabbage, but also take inspiration from a number of 20th century punk and post-punk bands such as Buzzcocks and The Fall.