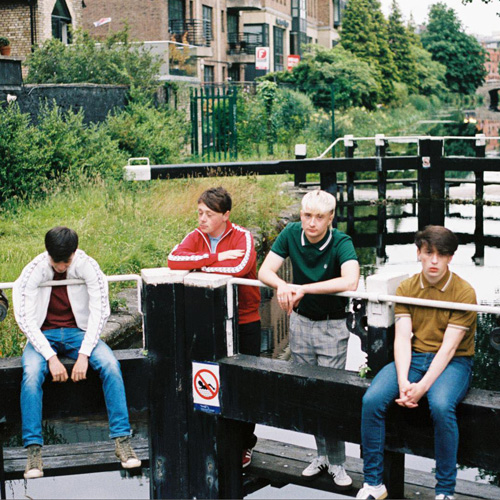 Consisting of two brothers and two friends, Emily 7 are an indie rock outfit from Dublin and since forming in 2017, they have gone from strength to strength garnering themselves a reputation for being one of the city’s hardest working bands.

With their cohesive no-nonsense sound they have headlined shows in prestigious Dublin venues such as Whelans, The Workman’s Club and The Underground as well as a set at Electric Picnic.

Their debut release ‘Somebody‘ took the band to a whole new level and amassed over 25k plays and had magazine features in the UK, Canada, Europe and Ireland. The track was also recommended by Liam Gallagher, who shared the song to his 3.5m followers, giving it his highest praise.

Emily 7 are also brand ambassadors with Fred Perry as part of their Subculture series, and in March 2021, the band were featured in the RTE series ‘My Tribe’ which focused on the Indie music scene in Ireland.

&nbspBreaking the mould and creating waves across Ireland and beyond while creating a clear 90's style image, and an even clearer 90's rocksound