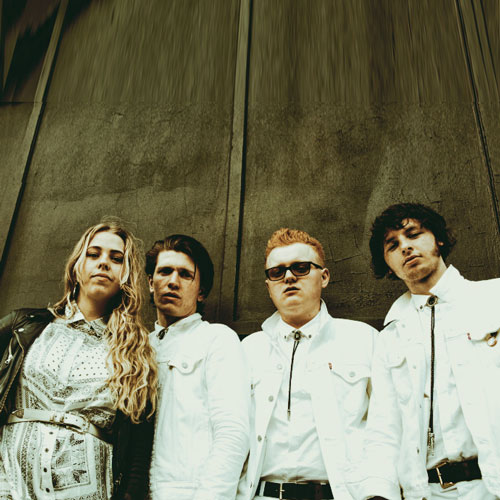 Described as, “The record Iggy Pop puts on whilst pre-drinking and trying on leather pants before a night out.” This Blackburn based band have made their mark on the festival and gig circuit with nearly 400 shows in several short years, including performances at Download Festival, Camden Rocks, Sound City, plus support slots for The Subways and Band of Skulls.

However, being invited to the Joshua Tree desert in California by Dave Catching of the Eagles of Death Metal to record at his studio Rancho de la Luna is their biggest highlight to date. Joining the alumni of legendary acts including Queens of the Stone Age, Arctic Monkeys, Mark Lanegan, Kurt Vile, and many more who have all recorded there.

Sky Valley Mistress have just released their electrifying debut album from these desert sessions called, ‘Faithless Rituals‘, and the band will soon be touring extensively around the UK.