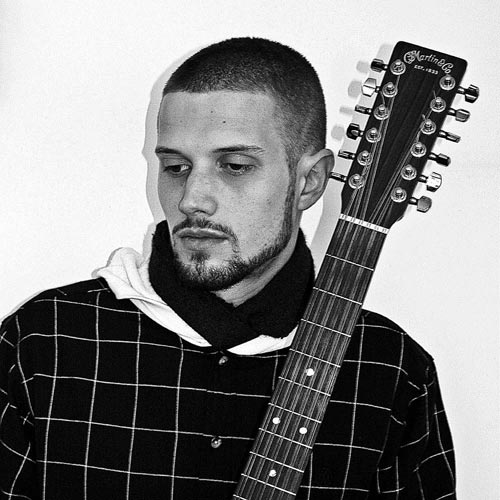 George is a Manchester based Guitarist / Composer and Metalworker, specialising in steel sculpture. He has been performing a self-composed guitar instrumentals and arrangements since the age of 16, George plays mainly 12-string guitar using a three finger picking technique known as clawhammer, which allows him to play rapid polyphonic melodies and has a strong rhythmic drive.

In addition to performing solo he has toured with Bez (Happy Mondays) and played guitar and banjo on DJ Yoda‘s recent album ‘Breakfast of Champions‘ which was performed in thousand-capacity venues and at numerous leading UK festivals.